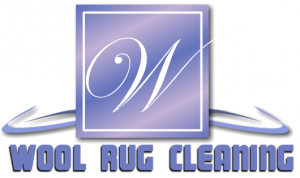 How to take good care of wool rug

Rugs can’t be left unattended due to their significance in home furnishing. Their worth and importance demand regular care and maintenance. The more you care the longer you can use. Good care of wool rug can be taken by following recommended strategies stated by Wool Rug Cleaning. Adhering to guidelines keep your rug in perfect looking condition.

Vacuuming twice or thrice a week in the initial year is the normally known rule. However this is not so. Over vacuuming can really impair the quality of fiber causing shrinkage and pilling. Wool fibers look clean for comparatively longer period than ordinary synthetic carpet. Actually rugs have small air pockets for dust settling unlike carpets where plastic fibers settle down grim on the surface.

So the best strategy is to perform vacuum cleaning twice a month from front side and once in two months from rear side. However one thing you can do often is to shake the rug in open place once a week to lose all trapped allergens, grim and dirt. Make sure the atmosphere is not moist otherwise dirt will stick to wool fibers. Make sure the vacuuming is carried out in right direction according to the nap using right brush. Beater bars can agitate trapped grim but it also sucks wool fibers that leads to shedding.

Try to place rugs where no direct exposure of sunlight is present. If that is inevitable block the sunlight with good quality curtains. Also placing plants and planters on rugs is discouraged as it can damage the color vibrancy.

As rugs are placed in human traffic area normally spillages are normal to occur. For food spillage either apply spot vacuuming or simply scrub the area gathering food particles with paper towel. For liquid spillage apply blotting paper to absorb liquid quickly. Apply specific wool cleaners coupled with lukewarm water. Alternatively you can use a diluted mixture of white vinegar, baking soda and water on the affected area. After cleaning the spot residual particles can be removed with further lukewarm water.

By employing rug pad wear and tear reduces significantly especially if the rug is placed in common area. Using a right rug pad not only secures your flooring from abrasion but also it prevents rug from slipping and wrinkling. Provision of extra softness is an added advantage.

Last but not least hiring professional services for cleaning and repairing purposes is utterly required especially for deep cleaning. On average rugs require deep cleaning once every 2-3 years. We at Wool Rug Cleaning possess both expertise and experience to accomplish this task perfectly. Doing it by yourself is not at all recommended since specialized tools and cleaning products are not available at home. Also nap direction, right pressure and vacuuming from right height is also normally unknown to ordinary person. Wool Rug Cleaning perform this task like no other. You can place your trust blindly on Wool Rug Cleaning for exceptionally amazing unmatched services. To address particular cleaning issues make notes to be discussed with Wool Rug Cleaning staff.

Use the search box to find the product you are looking for.